Ray Mccomber and Noel Ramage, both in their 70’s, were two best friends on a fishing vacation, celebrating Ramage beating cancer for a second time. The pair decided to go crabbing in Darwin in Australia’s North Territory.

While they were out, their boat was ran into by a saltwater crocodile, causing it to capsize and cause the drowning of Ramage as he and Mccomber attempted to climb back onto the boat.

Mccomber managed to find shelter in the mangroves, but getting to them wasn’t an easy task as he was forced to fight several crocodiles off with a wrench and spark plugs he had taken from the boats engine. He used them to hit the crocodiles in the head as they got near him or attacked his 10 foot long boat.

“Very small dingy. I dunno how safe it was. I wouldn’t have been in the water with a dingy like that,” said local fisherman Tony Geranis.

“This is Darwin, you know, crocodiles everywhere,” he said.

Mccomber was rescued by CareFlight, an aeromedical charity, after three hours and was suffering from exposure and a severe case of shock. 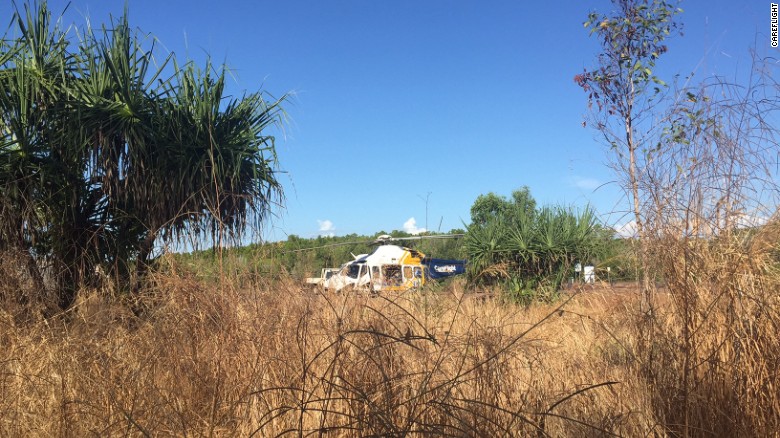 Rescuers don’t often go into the area they discovered Mccomber, according to Ian Badham, the director of CareFlight, so the fact that they did is the only reason Mccomber made it out of their alive.

The dangerous northern regions in Australia are popular spots for vacationers. Unfortunately, many of them don’t realize just how dangerous and unforgiving this territory can be, especially for the inexperienced.