A 2 hour battle with a 13-foot alligator sounds like the time and plot for a movie you’d find on the SyFy Channel, but that’s the reality Tiffany Wienke and her group of hunters faced when they took on the 700-pound mammoth.

“We’d been fighting him for about 30 minutes before we got the first good look at him,” said Wienke. “He came up about 5 or 10 feet from the front of the boat. We were all like, ‘Oh, my gosh!'”

As the battle raged to capture the behemoth, he managed to snap multiple fishing lines and escape.

“He ran us – literally crashed us into some trees and bank-to-bank,” Wienke told KLTV. “He was pulling this boat full of people like it was nothing.”

Just like that, they thought they had lost him – and just like that he returned roughly 20 minutes later and they were able to hook him again.

When they finally secured, killed and got the gator into the boat, they knew they had something special. Getting it measured just confirmed that – it came in at 13 feet, 7 7/8 inches and weighed 686 pounds – because they had beaten the previous Mississippi record by 1/8 of an inch.

“He said, ‘Congratulations, you got 1/8 inch. You got the new record,'” said Wienke. “I got chills. That’s when I let everything sink in and I let myself get excited.” 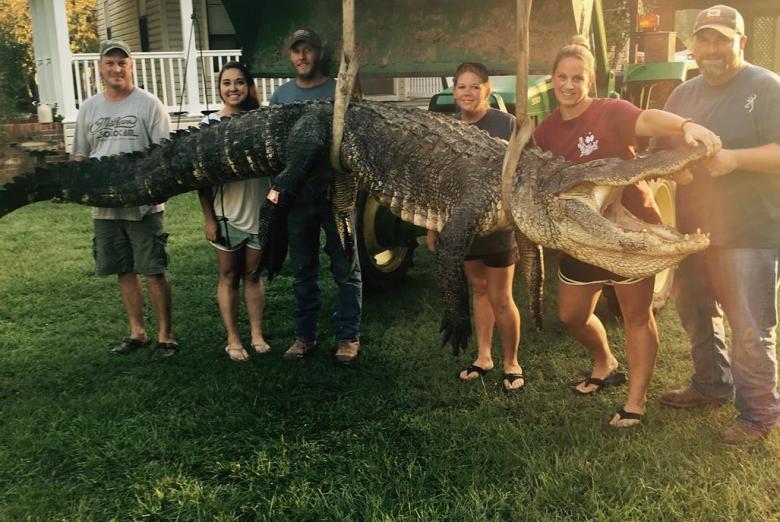 With some of the gators they’ve seen, the Mississippi Department of Wildlife, Fisheries and Parks Alligator Program Coordinator Ricky Flynt believes the record can be broken at anytime. It’s just a matter of who gets lucky enough to catch the next biggest one.

“I maintain that the record can be broken every year and there’s potential every day,” Flynt told the Ledger. “We see these gators that are over 13 feet, so you’ve got to think there’s something significantly larger out there. 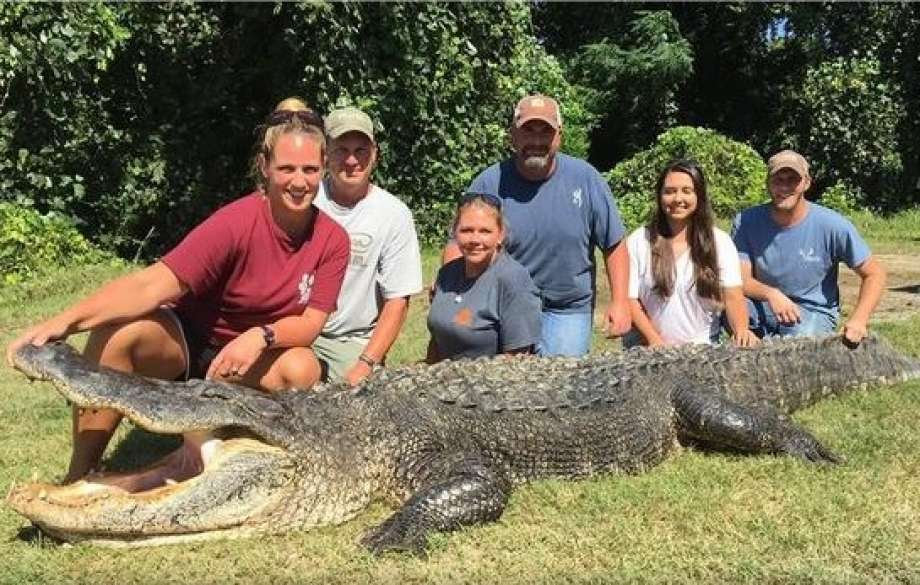