This amazing photo has been doing the rounds on the internet for almost 2 years now. The photographer’s name is Marjie Goldberg, and here’s how she captured this jaw-dropping photo.

“I was photographing Ospreys at the South Jetty in Venice, Florida one morning. A fisherman brought the dolphin to my attention. I had just enough time to move my camera down and focus on the dolphin playing with the red fish.” This dolphin is technically “KERPLUNKING” a redfish otherwise known as a red drum – and, although it sounds made up, Marjie says, “This is an actual scientific term where the dolphin slaps the fish out of the water with one of its tail flukes to stun the fish.” 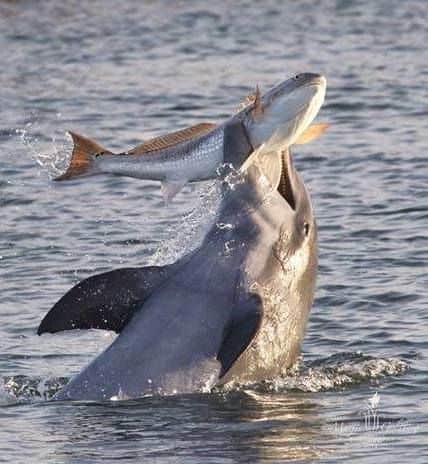 Homesick Sheepdog Runs 240 Miles in 12 Days to Get Home