“Hey you hunter chicks, I’m a proud Dad…check out my little pink ninja princess Chloe (8) with her first deer a young stag,” Yuile wrote in the post, before detailing the young girl’s first bounty.

“Shot in a bush block on a friends farm last weekend. She made tricky downhill shot using my shoulder as a leaning rest and shot with dads 7mm-08 at about 40m. Then she took a bite from its warm quivering heart, Go Chloe!!” 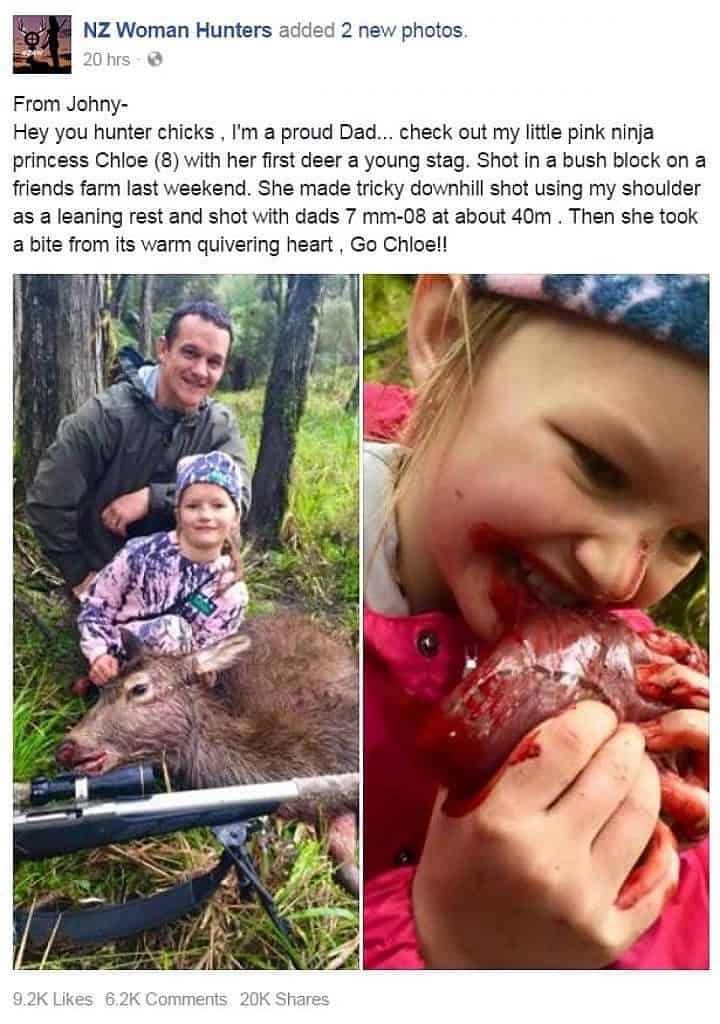 The NZ Woman Hunters Facebook page has been taken down, likely because of the outrage over the graphic image after it made its the rounds on social media.