Eva Shockey just killed a massive 510-pound black bear in North Carolina. It was an incredible bear, one she she described as the “biggest bear of my life”. She then posted her photos on her Facebook page, and that’s when the hate comments started.

Eva Shockey knows what it means to be part of the Outdoor Industry. Growing up with Professional Hunter and Television personality, Jim Shockey, as her father, Eva was brought outdoors and in front of the camera at an early age. She’s currently a social media darling with over 600,000 fans on Facebook, but that doesn’t mean they’re all positive. In fact, Eva says that “Some days I’ll wake up and I’ll literally have – I’ve had 5,000-plus death threats in one day.” 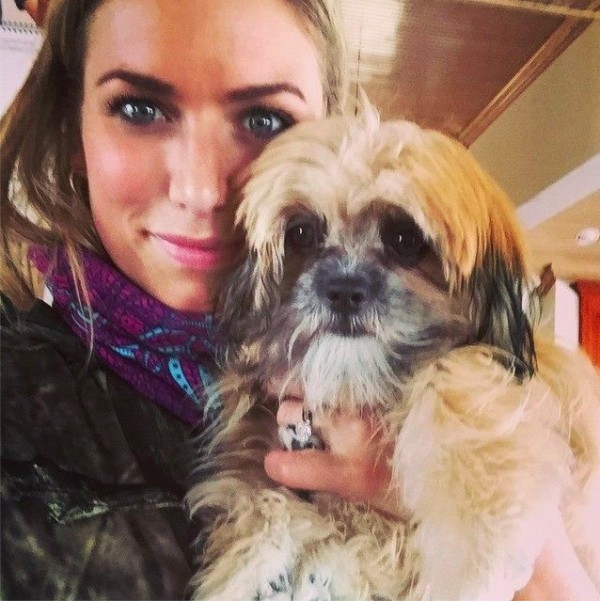 Eva posted the above photo on Facebook in response to “an anti-hunter just told me, and I quote, to “kill that little worthless dog you have instead” of the bear I just hunted in NC. Apparently hunting a bear, eating/donating all of the meat and putting money towards conservation is a bad thing, but killing my puppy is ok. If this logic isn’t totally insane, I don’t know what is.”

During an interview with Fox and Friends Shockey was asked about the “sick” comments and what her dad says about the keyboard cowboys, “Stay above it, stay true to yourself and just show what you believe,” and I believe with every part of me that what I’m doing is right, so there’s nothing that I’m apologizing for. So in that sense, I mean I’m not going to apologize to them, but I will say that I’d love to explain to them, I’d love to show them everyday what I do, that hunting is a good thing.” 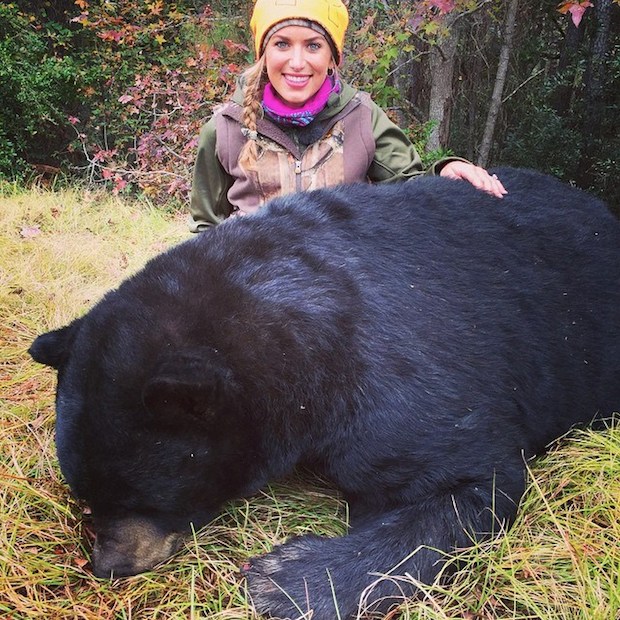 She continued “I think the biggest thing as far as being a proud hunter is that what we’re doing is a good thing and I mean we’re raising, huge, huge, huge amounts of money for conservation every year, something the anti-hunters – they’re fighting hunters. But when they’re fighting hunters, technically they’re just fighting us raising money for wildlife habitat and that’s not really doing anything for them. I mean, it’s backfiring.” ‘So, if they understood how much money we’re putting into hunting, how in North Carolina specifically the hunt I was just on, the bear population and the human population, they’re both rising really fast and obviously we’re not going to get rid of the humans so at that point you have no choice, it’s human nature, you need to make room for the humans to live there so you have to keep the bear population in check.”

“And if the hunters don’t do it, then the bears are going to be increasing. There’s highway collisions, there’s huge, huge dollars in crop degradation every year, and if we don’t do something the farmers are going to do it and it won’t be as nice as the hunters and we won’t be bringing in the money to this economy.”

Eva takes a strong stand, and the recent wave of negative comments won’t change her life in the outdoors. She spends an average of 250 days per year traveling the world, and is linked with various well-known outdoor brands, like Crosman, Mossy Oak and HunterCourse and makes guest appearances at trade-shows and fundraisers across Canada and the USA. Eva has found a way to balance hunting, travel and family into what she calls the “best lifestyle in the world”.