It’s one of those “who wins” scenarios you dreamed up as a kid.

Who would win in a fight? A crocodile or a shark? Thanks to a group of tourists in Australia, we have a partial resolution to the situation.

“I thought it was a [fish] or something,” Andrew Paice said. “Then the guide took the boat in for a closer look and behold… it was a shark,” 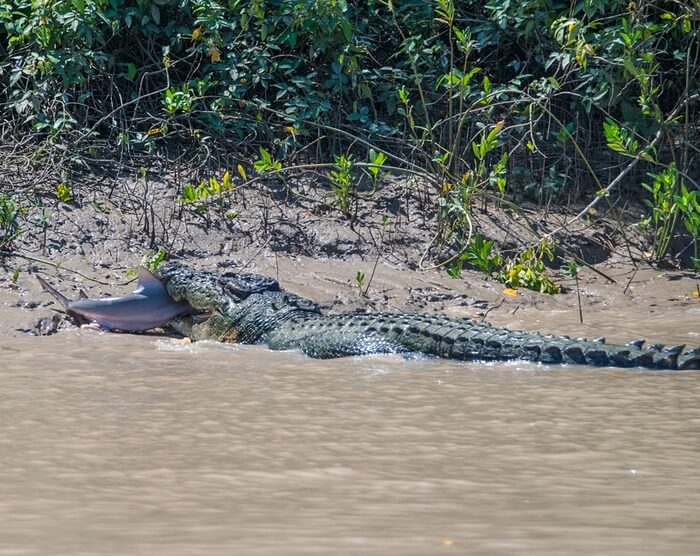 “Earlier, we saw an 18-foot male crocodile known as Brutus leaping out of the water to eat a piece of buffalo meat held out on a pole to them,” Paice described.

The shark was a bull shark, which are known for venturing up rivers far beyond what most people would think possible. “We’d fed Brutus on the bank earlier and were coming back past and we saw something in his mouth,” Mr Paice said.

“The shark was still alive. Brutus took the shark back into the water and then started to shake it around a bit. 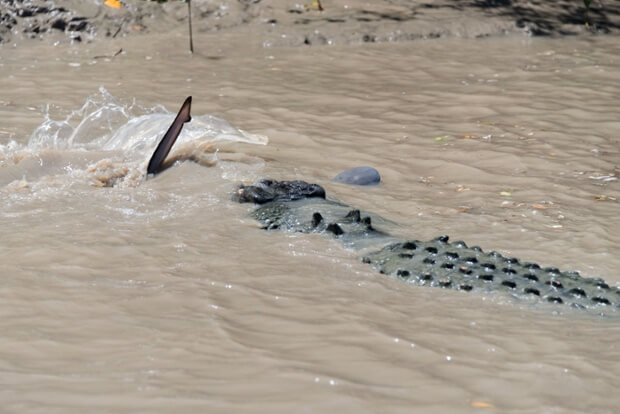 “He then went back into the mangroves like he was protecting his prey.”

For now, the question has a short term resolution.  However, the weight class difference should be noted and next time we expect a bigger bull shark to even the fight.