Adam Sattar caught the largest swordfish on record in Florida history* over the Labor Day weekend. It was more than 14-feet long (172″), and weighed 693-pounds. He was fishing with an electric reel – Daiwa MP 3000 – on a 130-pound custom rod by Bill Buckland.

At just 17-years old, Adam has been fishing since he was 12-years old and already had an impressive resume, including a 250-pound marlin. He typically fishes for dolphin, tuna, sailfish, and other pelagics, and on this particular trip they targeted swordfish. They were using a bonita strip hair from RJ Boyle, and hooked it about 11:30 a.m.

The battle started off the coast of Juno Beach, and four-and-a-half hours later they were almost off Stuart. They had a few flashes of the monster, and even thought it was a big shark until the last time it surfaced when they gaffed it. They thought they had lost the big broadbill three different times, as it dove to the bottom, and then shot straight up, leaving the line slack. Following the epic battle, Adam had landed his first ever swordfish, one for the record books…potentially.

*The fish may not qualify for a state or IGFA record because it was caught on an electric reel. Thus a 612.75-pound broadbill caught off Key Largo at night May 7, 1978, would continue to be the official state record, according to the Florida Fish and Wildlife Conservation Commission data. 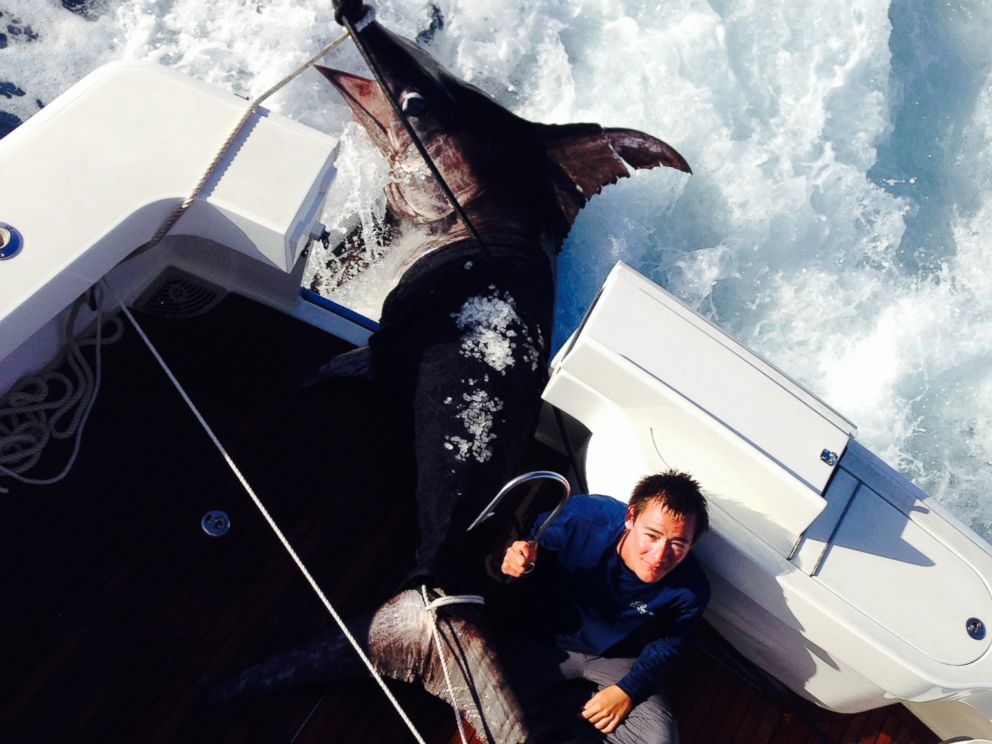