Mark Andre, the Environmental Services Director of Arcata Community Forest in California, had no idea what he’d find when he explored the forest for the first time in 30 years. What he ended up discovering was a hidden cabin and a mysterious resident. 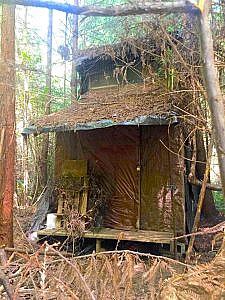 Andre made the discovery while marking trees for timber harvest.

“It’s in the perfect out-of-the way-spot where it wouldn’t be detected,” Andre said of the cabin, which measured 8×12-feet and was stocked with provisions. 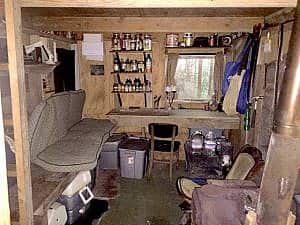 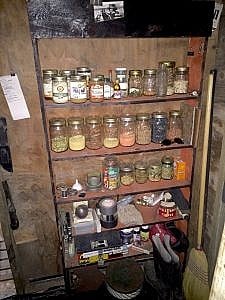 The cabin also came stocked with books, a wood stove, plant guides and a to do list that revealed plans to expand the structure. 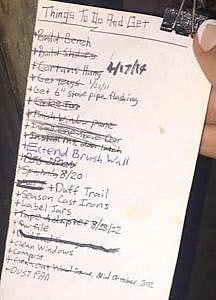 The most recent completed task appeared to be when curtains were hung and marked off in 2014.

This cabin obviously wasn’t some quick weekend project, it took time to build and supply. What’s so strange is that there was no evidence from any of the supplies being transported. A wood stove isn’t easy to move, much less through a dense forest, yet there was no trail. 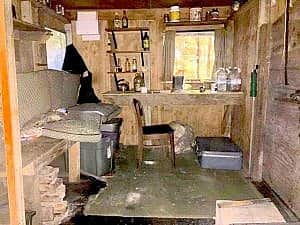 Andre posted an eviction notice on the cabin door in 2015 since building is prohibited on public lands. When he returned to the cabin a month later, there was clear evidence that whoever lived there was clearing out their stuff.

When the ranger returned in the next two weeks, the cabin was entirely gone. The only thing left was the word stove with miscellaneous items. 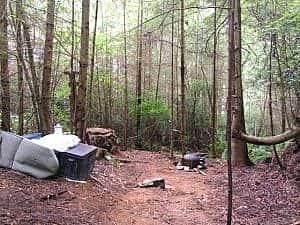 He returned the next day and found nothing, save for a squatter symbol made out of charcoal left as a calling card. There was no evidence anything had been moved through the forest. 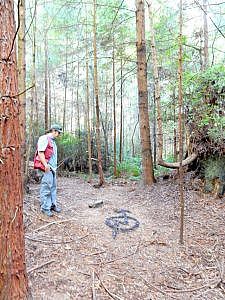 It’s unclear who this mystery resident was, or how they managed to bring in and remove such a large structure without a trace of evidence.

Ticked Off Eagle Tries to Carry Off Child During Wildlife Show

Summer Camping Trip & Mosquitos: Here is How to Get Through

Gozo Named The Best Scuba Diving Spot In The Mediterranean