Everybody has been there. It’s dark thirty A.M. and your alarm goes off. If it were a workday, you’d like to roll over and put off starting the day. But, if it’s the morning of a big fishing or hunting trip for an outdoorsman, you jump out of bed like a five year old at Christmas.

At some point every outdoorsman catches the bug. Typically, it’s at a young age. I remember vividly walking around puddles, trying to catch the ever-elusive puddle fish.

Ron wasn’t able to jump out of bed, couldn’t walk in pursuit of puddle fish, and he never makes excuses.

Ron is one of the most accomplished bass fishermen in all of North Florida. He can cast a rod with such accuracy that he makes Greg Maddux look like the Wild Thing. His feel for bass is as finely tuned as a 1967 Ford Mustang Shelby GT500. He’s always optimistic, always grinding, and he’s got more heart than a bag of valentine candies.

In 1983, when Ron was just 5 years old, he went into surgery for a heart condition. Complications from that surgery left him paralyzed from the waist down. What did Ron do? He did what any other outdoors lover does. He started fishing and hunting around Live Oak, Florida, with his dad – while in a wheelchair. Scuba diving after lobster – leaving the wheelchair dock side. Chasing after his dreams – with a smile wider than Lake Okeechobee. 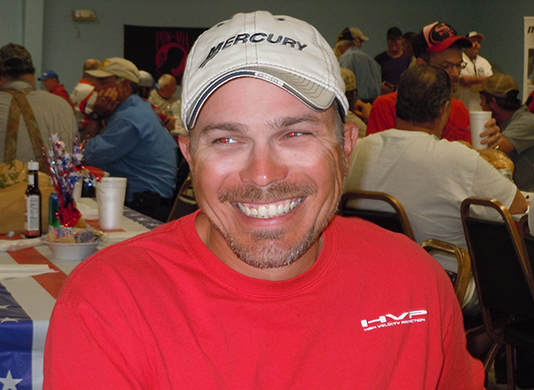 Talk about making lemonade out of lemons. If Ron’s optimism could be made into a lemonade stand, it’d be twice the size of a Bass Pro Shop, with a line of cars longer than Elvis’ funeral procession.

During the early 90’s, Ron and his dad began competing in different bass tournaments with great success. Eventually, he became completely independent, started fishing solo, and 17 years ago began guiding. 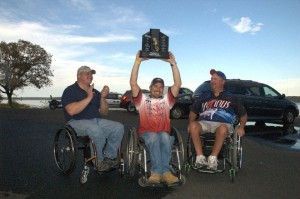 Ron drives his specially designed truck, backs up the trailer, unloads the boat, parks the truck, and is at full throttle faster than Kobiyashi eats hot dogs. He doesn’t want help. He doesn’t need help. He wants to be the one helping.

A fellow guide recalls a story about going to help a mutual friend put up a storage barn. They were standing around telling stories, like fishermen do, Ron showed up ready to work, and before they blinked, Ron had climbed to the top like he was Tarzan and started working.

He’s always been a fast riser.

What does Ron Ryals do after winning that award, and fishing in the Bassmaster Opens three times in five years? He goes out, and wins it again, taking home the prize of the PVA Bass Tour’s 2013 Angler of the Year.

When Ron’s not fishing, he’s at home with his wife of 10 years, Vickie, and their 2 dogs, Buster, and Lil Bit. He’s just an ordinary guy living in North Central Florida, with an extraordinary view on life. Optimistic. Grateful. Hardworking. Loving. Successful. “Lucky.” 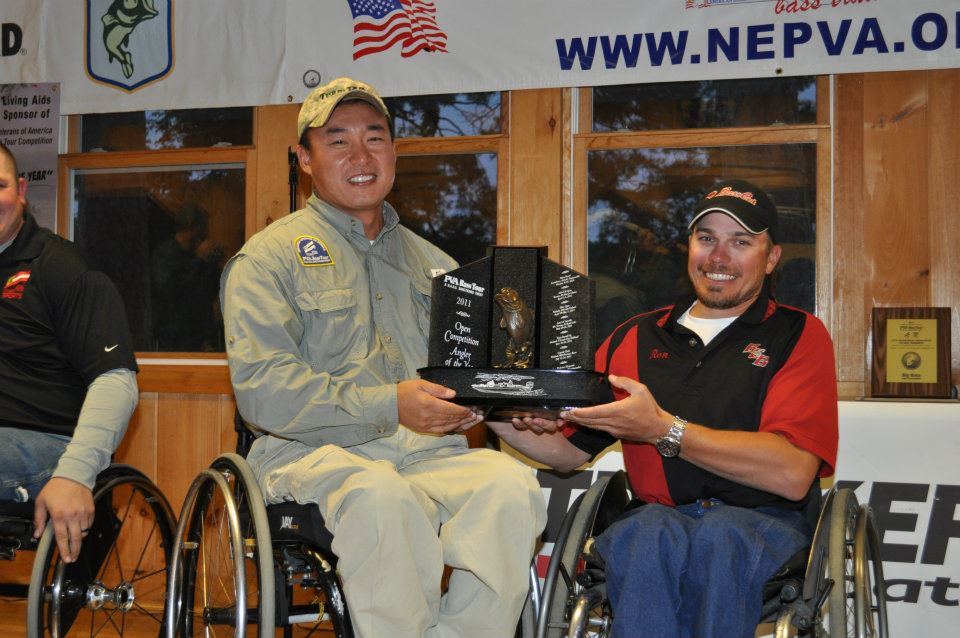 Joke of the Week : Outdoor Salesman of the Year