Poachers have all kinds of excuses for why they do what they do. Some excuses are better than others. I’m not exactly sure where this father’s excuse falls on the scale.

After watching The Revenant, a Missouri man was particularly traumatized by the famous scene where Leonardo DiCaprio gets mauled by a grizzly. As fate would have it, Chris Keown – the scared man in question – came face to face with the biggest grizzly (it was actually a black bear) he’s ever seen when it wandered into his front yard.

What did Keown do? He killed it, of course. The last thing he wanted to do was live out what happened to Hugh Glass in 1823. 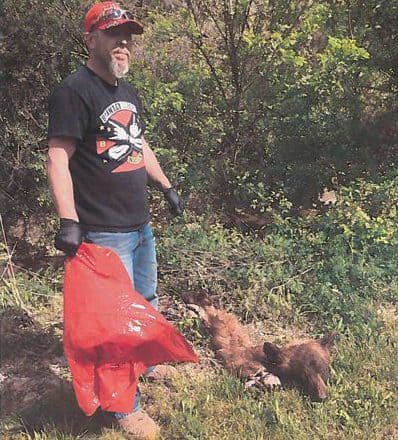 “About three weeks before that, we watched The Revenant and it was just going through my mind,” he said.

Keown also says he feared for the safety of his son, Hunter, who often plays outside their house. He also says he had no idea black bears were a protected species.

The question is, would he do it again? Let’s ask him: “Depends on where I see him. If I see him right here, I’m going to kill him.”

At least he didn’t just kill it and let it go to waste – he skinned it and kept part of the meat for himself while giving some to a friend.

I'll Buy My Own Dang Boat