Typical family swimming trips involve a calm and relaxing day at a pool, river or beach. That’s not the case for Stephen Frink, 67, and his 23-year-old daughter, Alexa. When Frink takes his daughter swimming off the coast of Cuba, it’s not complete without an eight-foot-long, 200 pound crocodile thrown in the mix.

A wildlife photographer from Key Largo, Florida Keys, Frink is absolutely wildlife obsessed; he was capturing footage of some of the most dangerous sharks in the world for a project before capturing this up close and personal crocodile footage in Jardines de la Reina.

Frink and Alexa were within touching distance of the razor-sharp toothed predator while filming. The croc even snapped its jaws at the camera when it got too close.

The original intent of gathering the footage was to show the environment a crocodile survives in with a habitat threatened by overdevelopment. 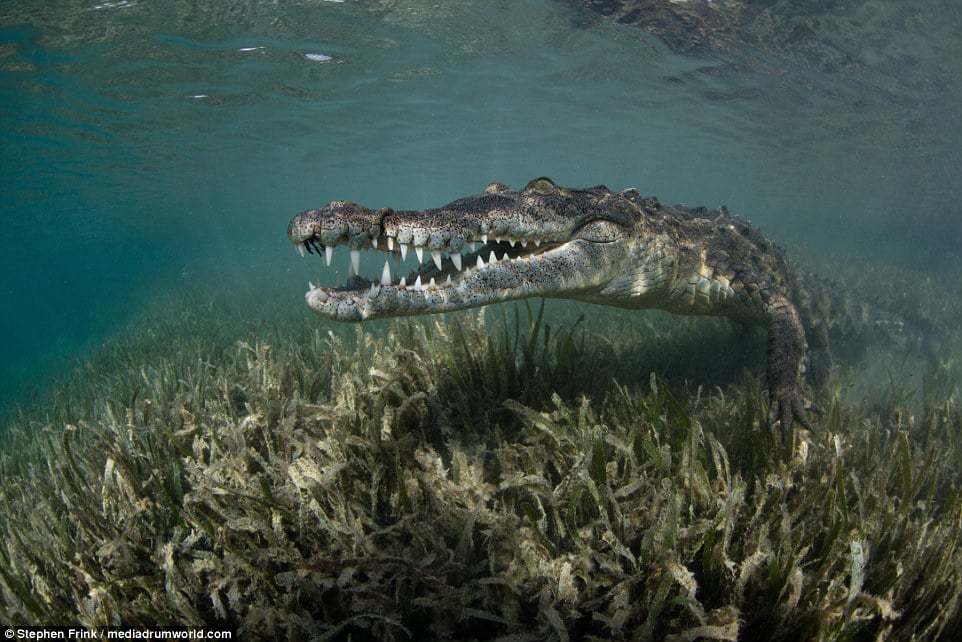 “But, when the croc presented his teeth to us so prominently the photographic objective became showing the predatory efficiency of the crocodile,” Frink told HuffPost.

“The best way to do that was with a very wide angle lens from very near. Many of the shots were taken with the teeth within two inches of the dome of my camera.”

I’d say he succeeded in showing just how efficient the predator can be.