Baby Colt Rescued By Firefighters After Falling In Hole 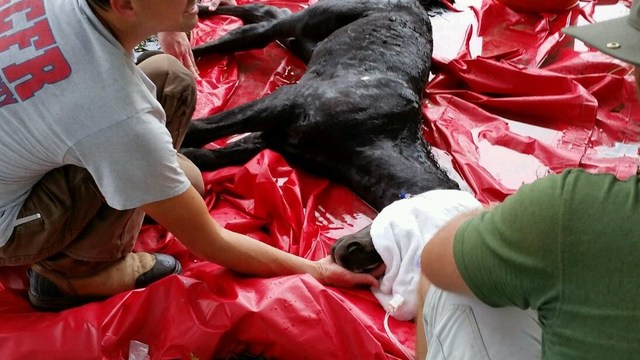 A 1-week-old foal had quite a bit of excitement after falling into a 4-foot hole in Columbia County, FL, on Wednesday. Emergency services were alerted by the owner’s father about the situation. He discovered the colt and was afraid it would die when he was unable to free it.

Columbia County Fire Rescue stations 45 and 48 arrived to the pasture off SW County Road 420 and discovered the foal and it’s mother in a distressed state. Dr. Natalie Lamneck, a veterinarian, also arrived on scene after being alerted about the situation and agreed to help.

The foal was reunited with its mother after firefighters spent about 25 minutes freeing it from the hole and it was treated by Lamneck. Both horses looked to be doing great after the stressful ordeal. 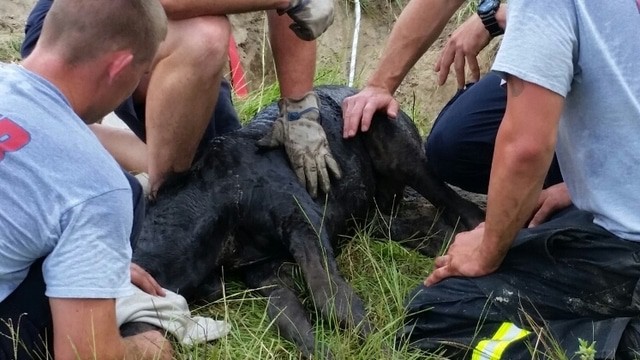