Pro surfer Brett Connellan, 22, was mauled by a shark Wednesday night in Australia while surfing on Bombo Beach in Kiama – 75 miles from Sydney.

Connellan was airlifted to St. George Hospital in Sydney in serious condition after having his hand mauled losing a chunk off his left thigh, reports CNN.

One of several surfers at the beach, Connellan was attacked while he was about 165 feet from the rest of the group. Friend and fellow surfer, Joel Trist, helped the injured Connellan some 100 yards to shore after realizing he was in trouble.

“The first thing I saw was Brett getting thrashed about in the water,” Trist said. Followed by a “terrible scream.”

Trist paddled as fast as he could to quickly cover the distance.

“I said to him: ‘What’s it like?’ and he said: ‘It’s not good.’ And at that point I knew something was horribly wrong,” Trist said.

The pair caught a wave on Trist’s board and road to shore where two off-duty nurses quickly tied a tourniquet to Connellan’s leg made from a surfboard leg rope – likely saving his life.

“He had lost a large proportion of his left thigh, and the quad muscle was torn away right down to the bone,” Terry Morrow, an Ambulance Service spokesman, told the Illawarra Mercury newspaper.”He could’ve bled to death before we arrived on scene. He was very lucky the members of the public were there and acted as they did.” 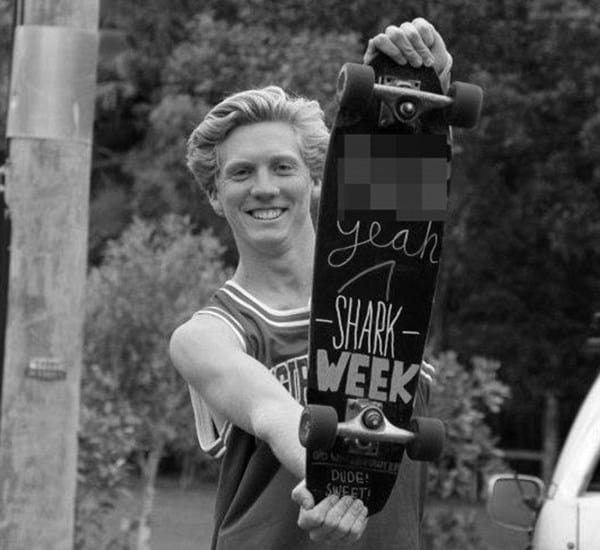 Authorities are in the process of identifying the shark since Connellan didn’t see it. He did make it clear that he didn’t want anyone to attempt to hunt down the animal.

Komodo Dragon Kills Cobra Because That's What Dragon's Do Best