When you hear about a potential new state record for a fish, you probably don’t imagine it could’ve been caught using a 2-foot children’s fishing pole. That’s exactly what happened in Louisiana when Tim Delaney and his wife Mickie brought in a massive bluegill on their last cast before heading in on Saturday.

According to the pair, Mickie always uses kiddie poles to fish for bluegills. 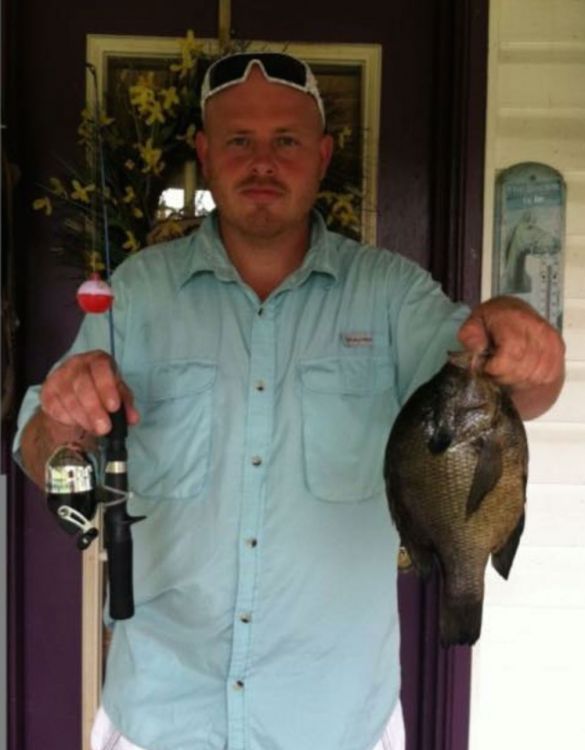 The husband and wife has gone out for an evening of fishing for bream on Iatt Lake so they didn’t have to suffer through the late-May heat.

“We got in there as the sun was going down so we didn’t have to burn up and be miserable,” he said. “She can’t handle that sun, so I guess we got out there about 4:30 or 5, and it was about 6:30 when I caught the fish right before dark.”

Delaney had been fishing for bass but hadn’t had much action, especially not compared to his wife who was bringing them in as fast as she could from a bed among some cypress trees in about 8 feet of water. He decided to switch to fishing in the same area and switched to the kiddie pole.

“She went to picking them up as fast as she could put crickets on, so I set my bass rig down and picked up one of those little bitty 2-foot long kiddie poles — that’s all we had in the boat,” he said with a chuckle. “We were steadily putting bream in the boat, but it was getting late so we were going to go and come back the next morning and hit it again.”

Delaney made one last cast near a stump where a lot of the bites were coming from when the line took off and he swore it was a bass.

“As soon as it hit, the cork left and I swore it was a bass,” he said. “It took off like a rocket. It was nowhere similar to a bream. It grabbed it and took off and instead of running to the trees or back to the bed like a normal bream would do, it went to the deep water like a bass.

“It came around the boat to the other side, and with that little kiddie pole it was just steadily taking line. So I just held the line with my hand, steadily pulling, and it came up and wrapped the trolling motor. I thought it was going to break me off.” 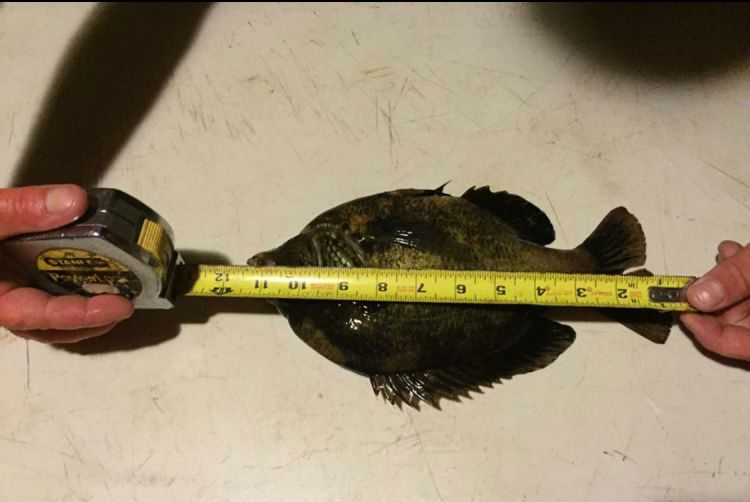 When Delaney finally brought it in, he didn’t realize what it was until it hit the bottom of the boat – he knew it was a great catch. He checked the record for bluegill, which is a 1.63-pounder caught in July 2008 by Oliver Hertzog, and  he knew he had to be right near it.

Since it was Saturday night, he had to wait until Monday before he could get the fish weighed on a certified scale to qualify for the record. It officially weighed in at 1.83-pounds and 11 1/2 inches.

Not bad for the last cast of the day with a kiddie rod.