Mom Relives Terrifying Bear Attack, ‘It Was Trying to Kill Me’

The last thing Laura Cooksey and her children expected to happen when they went for a hike was for it to end in a life or death situation. That’s exactly what happened when the family had an encounter with a black bear in a Virginia state park they won’t ever forget.

In the time leading up to the attack, the family had been joking around with one another, even lightheartedly talking about what they would do if they saw a bear. They came up with a warning signal.

“My son, Ellis, has always had a fear of bears,” Laurie said. “So, we jokingly had a signal if we saw a bear. We were going to say ‘Whootie hoot’ but he didn’t do that. He said: ‘Oh my God, there is a bear!'”

Before she knew it, the bear was biting into her leg. While she knew bears were fast, the animals speed surprised her. She didn’t think she was going to survive the attack, but she fought back, which allowed her an opportunity to escape and may have just saved her life.

“I kicked him and hit him and he tumbled and fell backwards,” she said. “He was kind of uneasy and that was just enough time for me to run back up to the trail.” 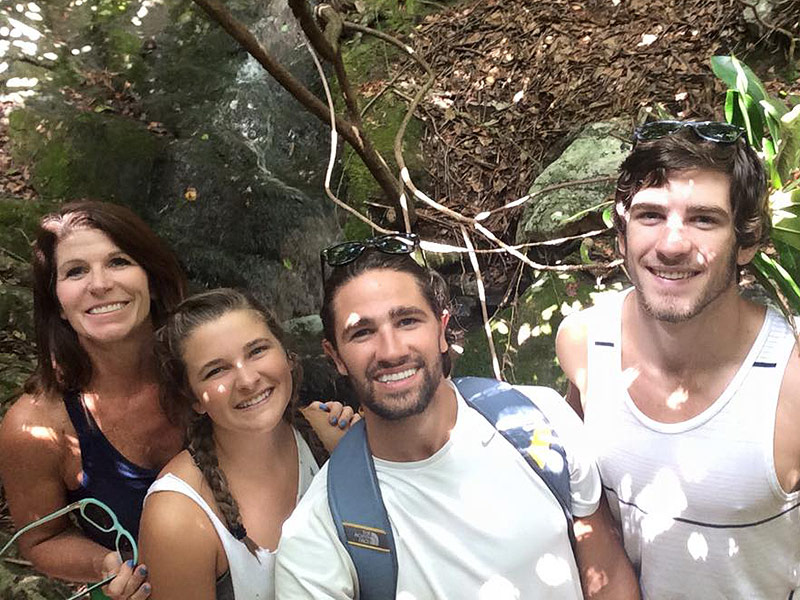 Cookey’s family just wanted to know that she was going to be alright and the bear wasn’t going to follow them and cause more trouble.

The bear was later tracked down and shot by animal control due to the threat level it posed to humans.