It’s good to be Wayne Munn. Munn, a Rush Springs Resident, killed a bull elk in 2014 that was up for a state record. After a long wait, his record elk was finally confirmed earlier this month. His bull elk blew the other competition away, scoring 332 and 1/8 to take the state record and beat out Joe Kysela – previous state record holder. Munn’s hunt took place in Wichita Mountains Wildlife Refuge.

“I was determined to find a bigger bull, since this hunt was my one opportunity to hunt the refuge,” Munn told state officials. “The first day came to a close with me not finding a bull I wished to harvest. Most of the bulls were what I considered to be the average six-by-six bulls common to the refuge.” 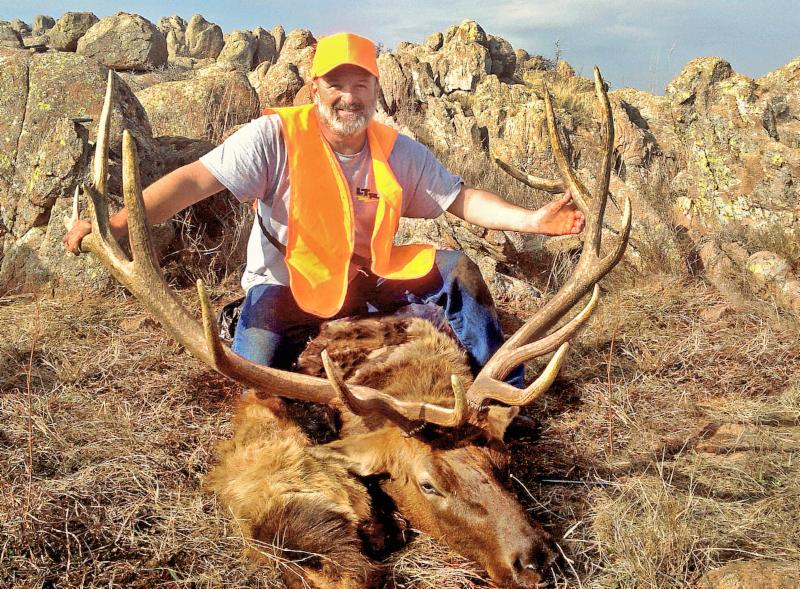 Munn had very specific characteristics he was looking for in a bull and wouldn’t settle, causing him to wait until his second day to snag the elk he wanted.

“I set up in the dark in between some boulders, where I could see the area where I hoped the bulls were. I finally spotted one of the better bulls as it was slowly making his way along a ridge opposite of me,” said Munn. “So, I set up for a shot.”

Munn took the shot and the rest is history.