Steve Bargeron didn’t know exactly what he was seeing when a fellow fisherman pulled out what looked like an absolute monster of a shrimp from the water in Fort Pierce.

“Steve said the massive thing was about 18 inches long and striking its own tail, so he grabbed it by its back like a lobster,” the Florida Fish and Wildlife Conservation Commission said on Facebook. “Scientists think it may be some type of mantis shrimp.” 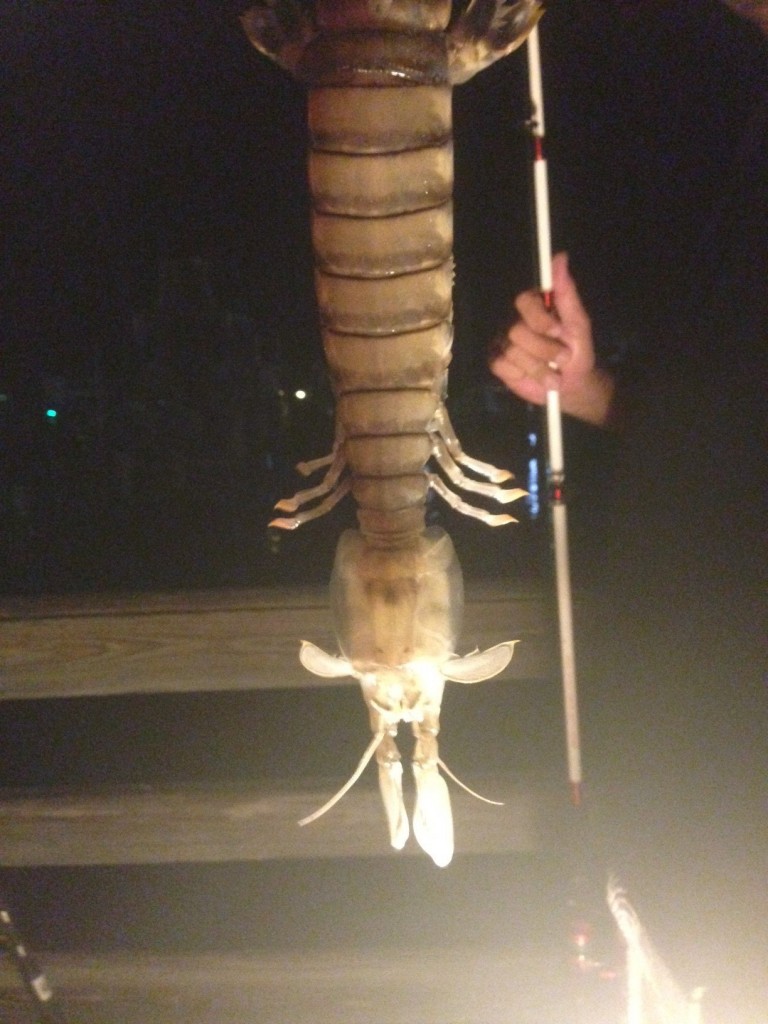 Mantis shrimp are known for being especially fierce predators when it comes to protecting their underwater burrows.

With the giant crustacean still hooked, Bargeron’s fellow fisherman brought it closer into the light so he could see it better.

“I had no clue what it was either, only that it was like nothing I had ever seen and aggressively striking at this hook in its tail,” he wrote. “I snapped a couple of pics and grabbed its back like a lobster. I unhooked the hook from its tail and released it alive back into the water.”

Bargeron was unawares of two things at that time: a mantis shrimp that big could have easily broken his hand by thrashing around and they are said to be delicious, considered a delicacy by many.

Luckily he walked away unharmed, but I bet he wishes he hadn’t released it back into the water.