Of all the rotten things a fishing business can do, hawking a fraudulent fishing license as the genuine article cracks the list. Owners and family members, Timothy Harmon, 67, Julie Harmon, 52, and their daughter Eva Harmon, 24, of Tradewinds Charters not only sold unauthentic fishing licenses, they did it 2,686 times, according to Statesman Journal. 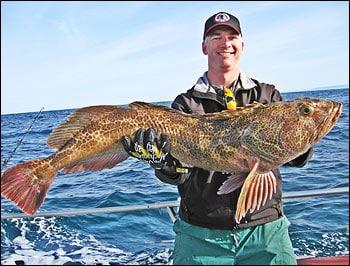 Tradewinds Charters would sell fishing licenses to customers at $16.75 a pop, the only problem is they never actually bought the licenses from the Oregon Department of Fish and Wildlife – choosing to give customers a receipt instead. That’s a lot of bad fishing juju, considering how many customers they bamboozled.

The family has been ordered to pay over $125,000 in restitution along with selling their business after a plea bargain, which allowed charges to be dropped from six others who were arrested last August – three of them being captains from the Tradewinds fleet. 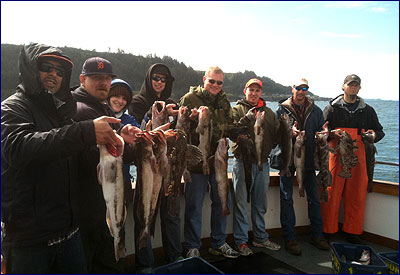 The family will pay the ODFW $45,000 in restitution for loss of wildlife and license revenue, $48,000 to Oregon State Police for costs of the investigation and $33,000 to customers.

“I think the resolution addresses the criminal conduct that occurred in a fair way to the defendants and to the state,” Lincoln County Deputy District Attorney Joseph Allison said. “One of the things we tried to do was minimize the impact on the community of Depoe Bay, where charter fishing is a very positive and important part of the economy.”

Any claim by a victim should be made to the Lincoln County District Attorney’s Office Victims’ Assistance Department at 541-265-3462.

Snake Bites Another Snake, Which Bites A Wire, Electrocuting Both Snakes