You can always count on the Coast Guard to step up when trouble strikes at sea. That’s what the three-man fishing crew of Bergen, a 57-foot boat, discovered when their vessel crashed into rocks and started sinking in Bellingham, Washington. 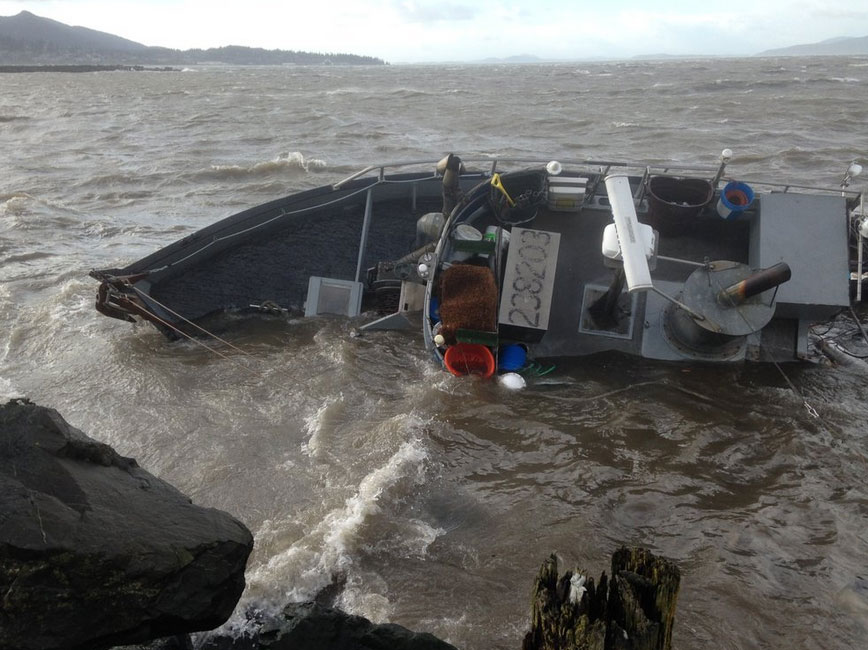 Rescuers from the Coast Guard responded after receiving a mayday call that reported the ship had broken away from the pier the were docked at in Squalicum Harbor.

“We were maneuvering in very shallow water and all the wind and waves were pushing against the stern of the small boat and pushing us against the vessel on the rocks,” said Chief Warrant Officer Charles Chavtur, commanding officer of Station Bellingham. “This storm is impressive and creating some very hazardous conditions across the area. People should avoid being on or near the water.”

Fortunately, rescue crews discovered the three men clinging to the boat as they were battered by high seas and 60mph winds and were able to get all of them aboard the a rescue boat. Only one crew member needed medical attention at a local hospital for hypothermia and a foot injury.

Exploding Whales are the Last Problem Your Town Needs

Titans of the Sea Clash - Killer Whale vs Great White