Charles Patchen, 13, didn’t want to go fishing with his mom and stepdad, Jeanette and Bryan Atwell, on Sunday afternoon. After catching a 63.8-pound flathead catfish – the previous record was 55.05 pounds – on the Chattahoochee River in Jackson County, Alabama, setting a new stare record, he’s glad he did.

Originally a bream fishing trip that started off with a successful morning, Bryan Attwell said there may be bigger fish swimming around and scaring off the bream. 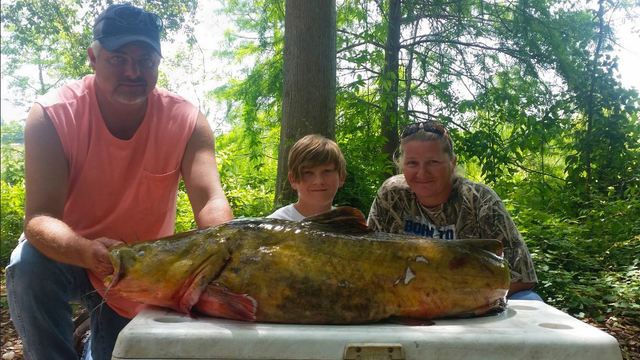 After switching bait and using a bluegill they caught, they cast it out a couple of times. On the second cast, Patchen assumed it got caught on something underwater when the line wouldn’t budge. He enlisted his stepfather to give him a hand.

“I grabbed the pole from him, gave it a couple tugs and the fish took off,” said Atwell.

After his stepdad handed the pole back, Patchen fought hard with the catfish for nearly two hours on a Zebco 33 with a 14-pound test line as Atwell waited for the fish to tire out, following it with his trolling motor. Once the fish gave up, Patchen reeled it in and Attwell helped pull it in.

“I was so tired after reeling it in that I fell back into the boat to rest,” said Patchen, the newly awarded state-record holder for flathead catfish. “But I’m glad my mom made me go fishing that day because now I am the catfish master!” 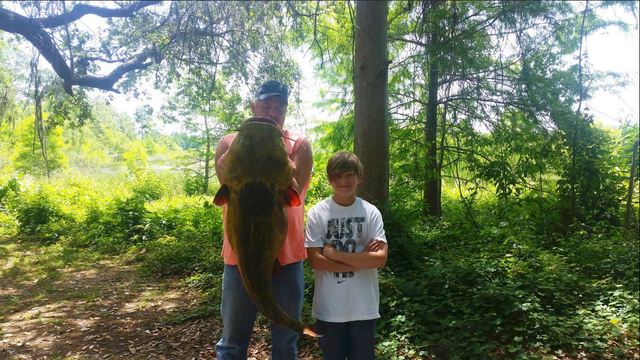 Patchen and his family met with an FWC biologist the next day to get the fish certified. The fish measured 48.03 inches long, with a girth of 35.43 inches.

“Charles’ flathead catfish is a great catch to add to our state records — and caught on a 14-pound test line, by a 13-year-old at that! Just one more reason why Florida is the ‘Fishing Capital of the World,’” said Tom Champeau, director of the Division of Freshwater Fisheries Management. 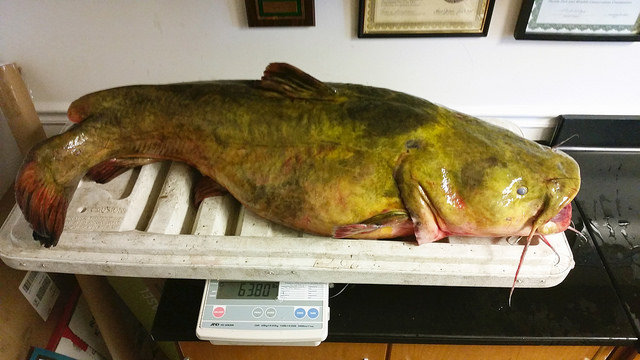